Posted on May 2, 2019 by Stephanie Lai Leave a comment

Professor Françoise Tisseur has been elected as the new SIAM United Kingdom and Republic of Ireland Section President (SIAM UKIE) for 2 years starting in May 2019.  She previously served as Vice President, 2013-2015.

In her candidate statement for the election, Françoise said “I would like to grow SIAM membership in our region. I will support the 14 SIAM student chapters, encourage the establishment of new ones, continue the recent SIAM-IMA cooperation and promote joint meetings between the two societies. I will work to ensure that the annual meeting is successful and has a suitably diverse program that includes industrial involvement.”

The SIAM UKIE Section was formed in 1996 by the Society for Industrial and Applied Mathematics (SIAM) with the aim of promoting and supporting applied and industrial mathematics in the UK and the Republic of Ireland. 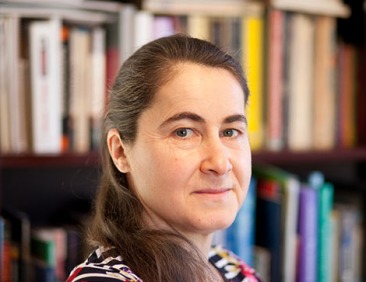 Photos and Videos from NJH60 Conference

What Is Fast Matrix Multiplication?

How to Space Displayed Mathematical Equations

What Is the Pascal Matrix?

What Is a Schur Decomposition?

What Is a Permutation Matrix?

What Is the Matrix Inverse?