Congratulations to Massimiliano Fasi for being awarded his PhD, which was supervised by Nick Higham. We asked him a few questions about his thesis, title Computing Matrix Functions in Arbitrary Precision Arithmetic.

Please can you introduce yourself and tell us a bit about your experience before attending University of Manchester?
I was born in Assisi, a smallish town in central Italy chiefly known for having been home to Saint Francis. I thought I would become a philologist, and during my teen years I studied mostly linguistics and ancient languages, while taking plenty of courses at the local music conservatory. After much pondering, I decided to start my university career with a scientific discipline and I chose computer science. I found that I really enjoyed the subject, and after graduating from the University of Perugia I pursued a Master’s degree at the University of Bologna and, at the same time, one at the École Normale Supérieure of Lyon.

What is your thesis on?
My thesis investigates the computation of matrix functions in arbitrary precision arithmetic, and is in fact a collection of results that are somewhat connected to this topic. We started by revisiting several well-known techniques for two very general problems: the evaluation of rational functions at a matrix argument and the solution of rational matrix equations. We developed new numerical methods and provided some theoretical insights, and used these as building blocks to design multiprecision algorithms to evaluate matrix functions that are of interest in applications. We focused mainly on the matrix exponential and the matrix logarithm, but the machinery we developed is more general and can be used for a much broader range of problems.

Why did you choose to study your PhD in Manchester?
Numerical analysis was my favourite module as an undergraduate student. I decided to do an internship with the lecturer teaching that course, and the subject happened to be the matrix Lambert W function. I’ve been interested in matrix functions ever since, and when the time came to choose where to do a PhD, I thought that it would be great to join the strongest linear algebra group I was aware of. I was lucky enough to be admitted at The University of Manchester, where I could do research with Professor Nick Higham, who is a leading expert in this field.

How did you find Manchester?
Manchester is a lively city and is well connected to the rest of the world. The postgraduate community I was part of is very dynamic, and somewhat larger than I was used to. A PhD can be rather difficult at times, but the many people I had the chance to meet here made my Mancunian experience unforgettable.

What’s your next step?
My long-term plan is to remain in academia, and I will try to follow the path that leads to a permanent position. For the moment, I am a research associate in the group here in Manchester, and am trying my best to deepen my understanding of the current trends in numerical linear algebra. 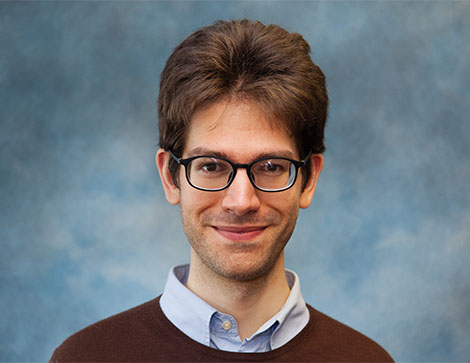 What Is a Matrix Norm?

What Is a Vector Norm?

Can We Solve Linear Algebra Problems at Extreme Scale and Low Precisions?

SIAM AN21 Minisymposium on Bohemian Matrices and Applications

What Is a Totally Nonnegative Matrix?

What Is the Perron–Frobenius Theorem?

What Is the Kac–Murdock–Szegö Matrix?