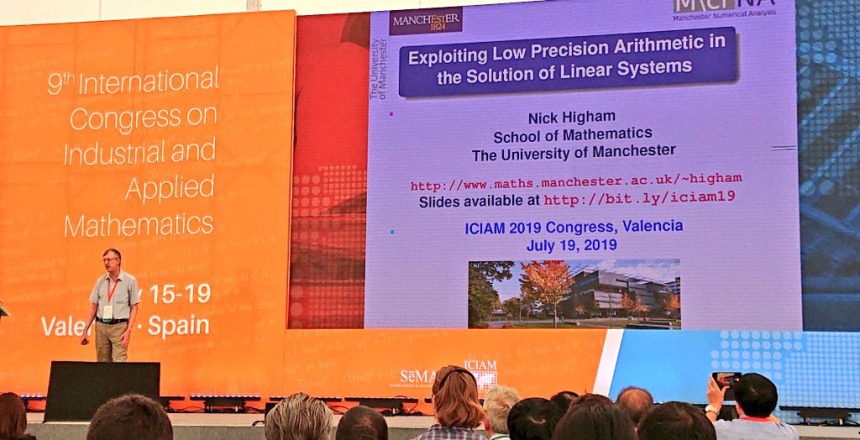 Professor Nick Higham delivered an invited talk at the International Congress on Industrial and Applied Mathematics (ICIAM) on July 19, 2019, in Valencia, Spain. His talk “Exploiting Low Precision Arithmetic in the Solution of Linear Systems” reported work by Higham and his colleagues over the last three years to use the fast half precision arithmetic available on accelerators such as GPUs to speed up the solution of linear systems.  A video of the talk is available here and the slides are available here.

The talk was summarized in the Friday 19th July edition of the ICIAM2019 newsletter:

“Nick Higham (University of Manchester) advocated in his invited lecture using arithmetics of different precision at different stages of computations in order to design algorithms that are faster, require less communications and consume less energy. The main motivation is that last-generation GPUs may be up to eight times faster when they perform arithmetic operations in half precision than when they do in single precision.

The general philosophy is doing the bulk of the computations in half precision, and then perform some kind of clean-up refinement of the solution in higher precisions. As an archetypal example to illustrate this line of thought Higham chose how to accelerate the solution of linear systems via Gaussian elimination. He showed that if the LU factorization is computed in half precision, followed by iterative refinement using a mix of half, double and quadruple precision, the solution can be sped up significantly without accuracy loss. This works in principle for systems with moderate condition number, but even ill-conditioned systems can be dealt with by performing the iterative refinement via GMRES on a suitably pre-conditioned system.” 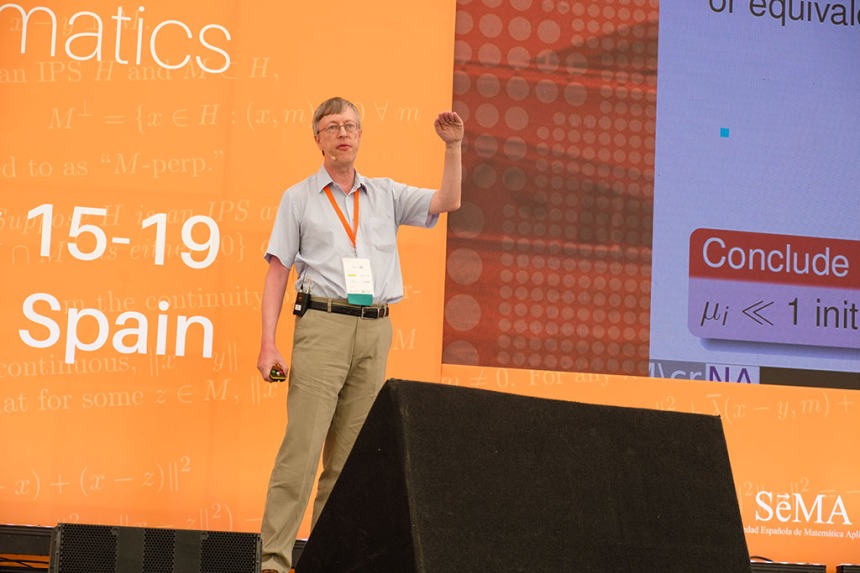 What Is the Singular Value Decomposition?

What Is the Complex Step Approximation?

What Is the Sherman–Morrison–Woodbury Formula?

What Is a Block Matrix?

What Is a Householder Matrix?

What is a Sparse Matrix?

What Is the Sylvester Equation?

What is the Kronecker Product?

What Is the Gerstenhaber Problem?